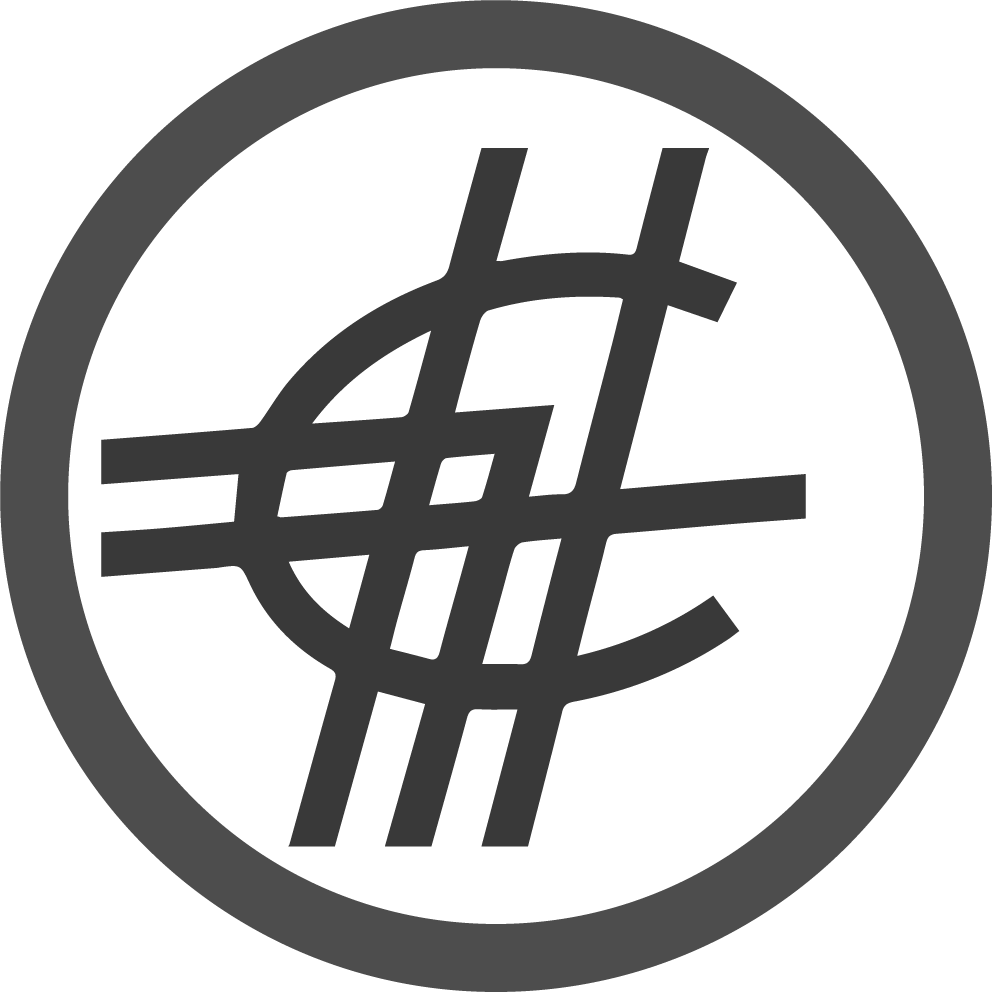 Sven, Dominic, Matti, and I loaded the beautiful big car and made our way to Hagenwerder.

We didn’t have a plan on what kind of light painting pictures we would take that night. We wanted to be inspired by the excavator.

After a relaxed three-hour drive we stood in front of the monster: 75 meters long, 48 meters wide, 34 meters high, and 2000 tons heavy. The friendly gentlemen from the association of contemporary mining witnesses led us around and onto the excavator. At the latest after the tour, it was clear to us: this will be anything but easy. More than 3 pictures will probably not be taken this night.

I explored the area and the monster with his drone from above.

We unloaded the car and fortified ourselves with the delicious soup that Danilo had organized. When everyone was strengthened we started, still without a clear plan.

For the first picture Danilo as our Light Painting Model presented himself in front of one of the 3 caterpillar pairs. The parts are over 2 meters high.

We were all not really warm yet, we needed 4 tries for this picture. The biggest difficulty was to illuminate these huge structures sensibly.

At the top behind the windows we had placed several orange Led lights, which stayed on all the time. Behind Danilo I generated steam with a powerful e-cigarette and set the orange light with a modified Convoy S2 (10 watts orange). Afterward Gunnar and I illuminated the excavator with a modified Convoy S2 (10 Watt light blue) at the same time. The exposure time for this shot was 212 seconds.

The sky was starry, the excavator was free, it was windy. After this picture we were able to warm up in the well-heated lounge before we continued.

First, we placed the red lights in the cab and took a test shot. We changed the position and the number of lamps, then this part of the picture fit.

In further test shots, Sven and I lit up the 9-meter high paddle wheel. When this part also fitted our model Matti climbed on the excavator. It wasn’t that easy, the way there is quite long and it goes up and down several times.

First I shone a flashlight on Matti. Then Sven illuminated the paddle wheel with the same lamp. In the last step, I illuminated the shovels and the roller of the conveyor belt with a red lamp. The light in the driver’s cab stayed on during the whole performance.

Slowly it went better. Apart from the test shots, we only needed three tests for this picture. After 10 minutes Matti was released and could climb down from the excavator again. We took a short break, then Dominic, Matti, and Sven went all the way to the top.

Fortunately, we had enough fireworks in our luggage.

I started my drone. The plan was to photograph the scene simultaneously with the drone and a camera from the ground. The wind only allowed exposure times of a few seconds with the drone, after 3 seconds the pictures were blurred.

The picture on the right is the exception of the camera on the ground. During the exposure, Sven fired the firecracker and I shone the excavator into the picture from below. We repeated the picture until the 6 pyros were all. We like this picture the best.

The way down was even more difficult than the way up. It felt 10 degrees colder up there than on the ground. We said goodbye to the idea of taking more pictures on top of the excavator.
Here still two of the drone pictures:

Besides Light Painting Excavator 1452, the guys from the club have some other nice things on the premises, like the fine green crocodile locomotive. Matti had warmed up again and got into the cab of the locomotive. Looks very professional, doesn’t it? That could be because, in real life, good Matti could probably actually move the thing from the spot. In any case, he succeeds with Berlin subway vehicles.

Our second model Marlene had also arrived at our adventure playground in the meantime and courageously stood on the tracks.

We placed 2 red lamps on the driver’s platform, then I lit up Marlene and Matti. Then I lit up the locomotive in the picture.

After Dominic had changed the aperture from 8 to 16 I ignited a small fireworks volcano and ran along the wheels of the locomotive. After 2 attempts this Light Painting was in the box. We did more light paintings on the locomotive, but none became so good that I had to show it here. But that’s the way it is in Light Painting, failures, ideas that don’t work, models that freeze, empty battery, … something is always. Nevertheless, we were more than satisfied with our yield of pictures. There are also days when simply nothing will succeed and we go home without a single reasonable picture.

Besides, we did two more portraits of Danilo, and I did some other light paintings. I illuminated the excavator alone with a single flashlight.

Sven fired one of the last two thick multiple rounds in this picture. We didn’t want to take them home again. And fireworks are fun, even if the picture is not so good.

There he stood with the fireworks in his hand as a model in the picture. Dominic illuminated me with an orange flashlight from the front. I operated the cameras and illuminated the excavator with a light blue flashlight. The exposure time was 106 seconds, first at aperture 16, when the pyro had burned down at aperture 8.

After this light painting everyone was frozen and tired. We loaded our equipment into the car. After we had said goodbye to everyone we started our relaxed journey home.

While we were implementing the Light Painting pictures shown above, dozens of new ideas came to everyone’s mind. We agreed; we’ll come back.

I thank everyone involved, you were great!

My special thanks go to Danilo for the perfect organization and the catering, as well as to the association of mining eyewitnesses for the unlocking and the common night freezing at the excavator.

You can find the article of the Light Painting Excavator 1452 in the Sächsische Zeitung about our visit of the excavator here: https://www.sz-online.de/nachrichten/leuchtender-bagger

And finally my video: 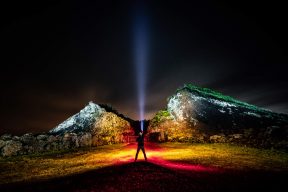 Light Painting trip to the Azores 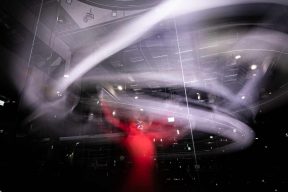 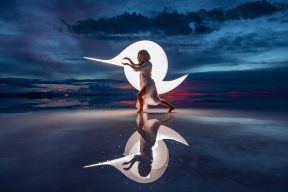 Use Reflection in your Light Painting Photography 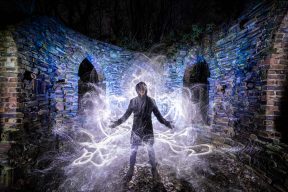 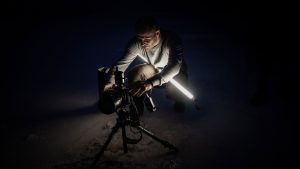