The Bund in Shanghai – Rotation with a Twist

This is a Light Painting Camera Rotation with 12 steps looking at a tree bark. What you see is a 52 seconds at F22 set to ISO 1600 in a single long exposure photo. France 2020

Camera Rotation at the Crooked Forest in Poland

You get a text from someone from far away, who wants to do light painting with you during a 2.5h stopover in Berlin. What do you do? That’s exactly what lightpainters.com should be about. So I said yes and @GAWA_ANNA and I were playing in the forest yesterday night. Here is the one photo that I really wanted to test and … It worked. So what is that? Again that is 41 second a single exposure light painting. The Camera was set to ISO 100, F 7.1 on 24mm focal length. What happened in those 41 seconds? Ok this is how it went down; 1. i shine a light directly into the lens = that’s the bright white star in the middle of the Iris 2. during a full on 360° rotation of the camera (thank you Gawa) I wiggled a long fiber optic party whip hanging down in front of me = that gives you the big green Iris 3. a tiny bit of light on the forest so there is just a bit of a hint where you are. I have another picture where you see more about the environment but I like it more mystic here. 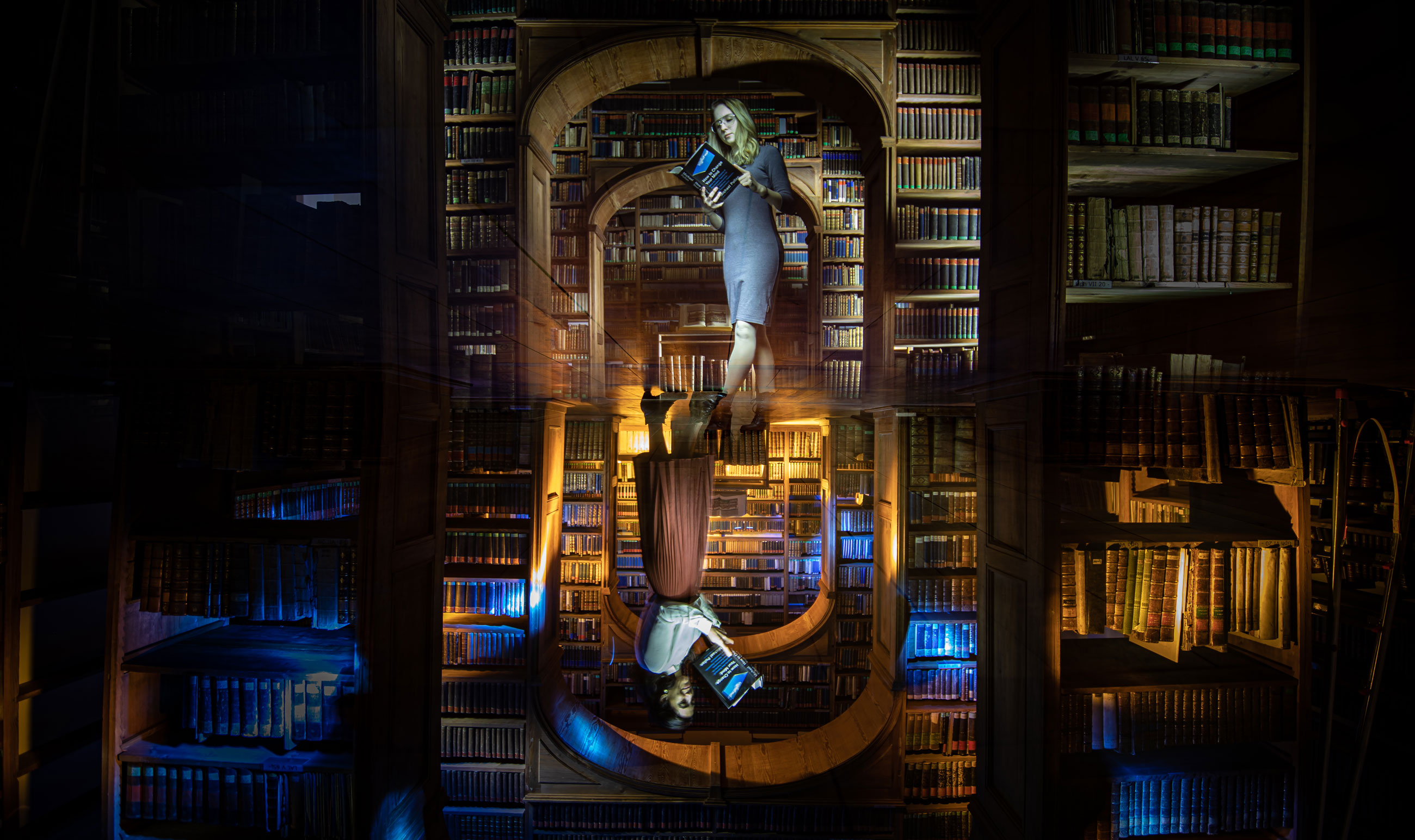 A night in one of the most beautiful libraries in the world; the Oberlausitzische Bibliothek der Wissenschaften Görlitz (Upper Lusatian Library of Sciences). 200 second single exposure Light Painting – Camera Rotation. Goerlitz, Germany, 2020 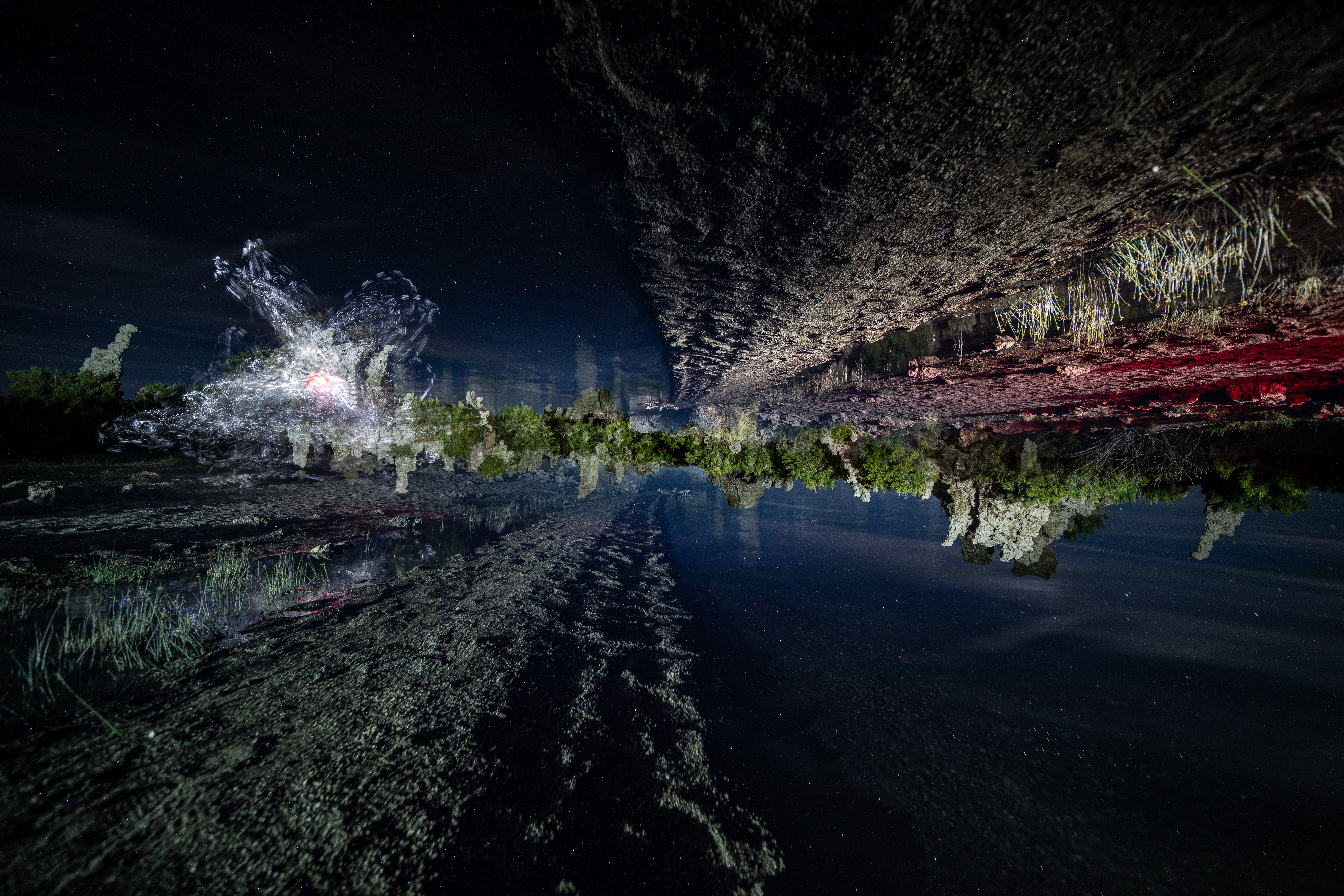 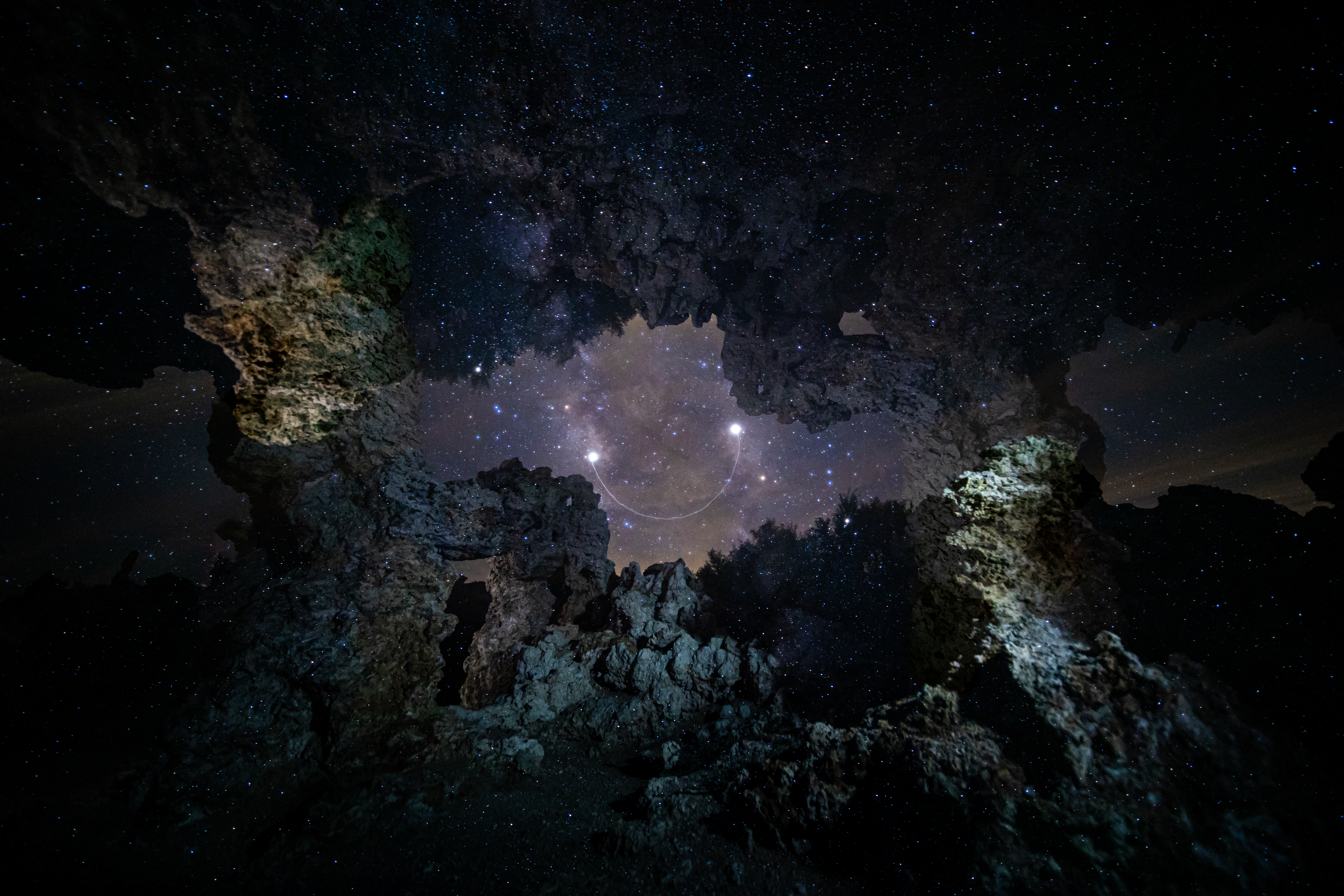 Camera Rotation at Mono Lake, California, USA, 2019
i think Jupiter is the planet which caused the smiley

This is a Light Painting camera rotation with 12 steps looking at a tree bark. What you see is a 38 seconds at F22 set to ISO 1600 in a single long exposure photo. France 2020

Camera Rotation in New York – View over to Manhatten

Camera Rotation in Berlin Adlershof, The Building of the BTB, 2019

Camera Rotation as a Light Painting technique that falls into the category of Kinetic Light Painting. Camera Rotation is exactly what you think it is. During the exposure time the camera rotates on a tripod or any device needed. The lense can stay open during the rotation, then you’ll see some light trails. If the lense is open only at some points or times – you may see the same scene just in different lights.